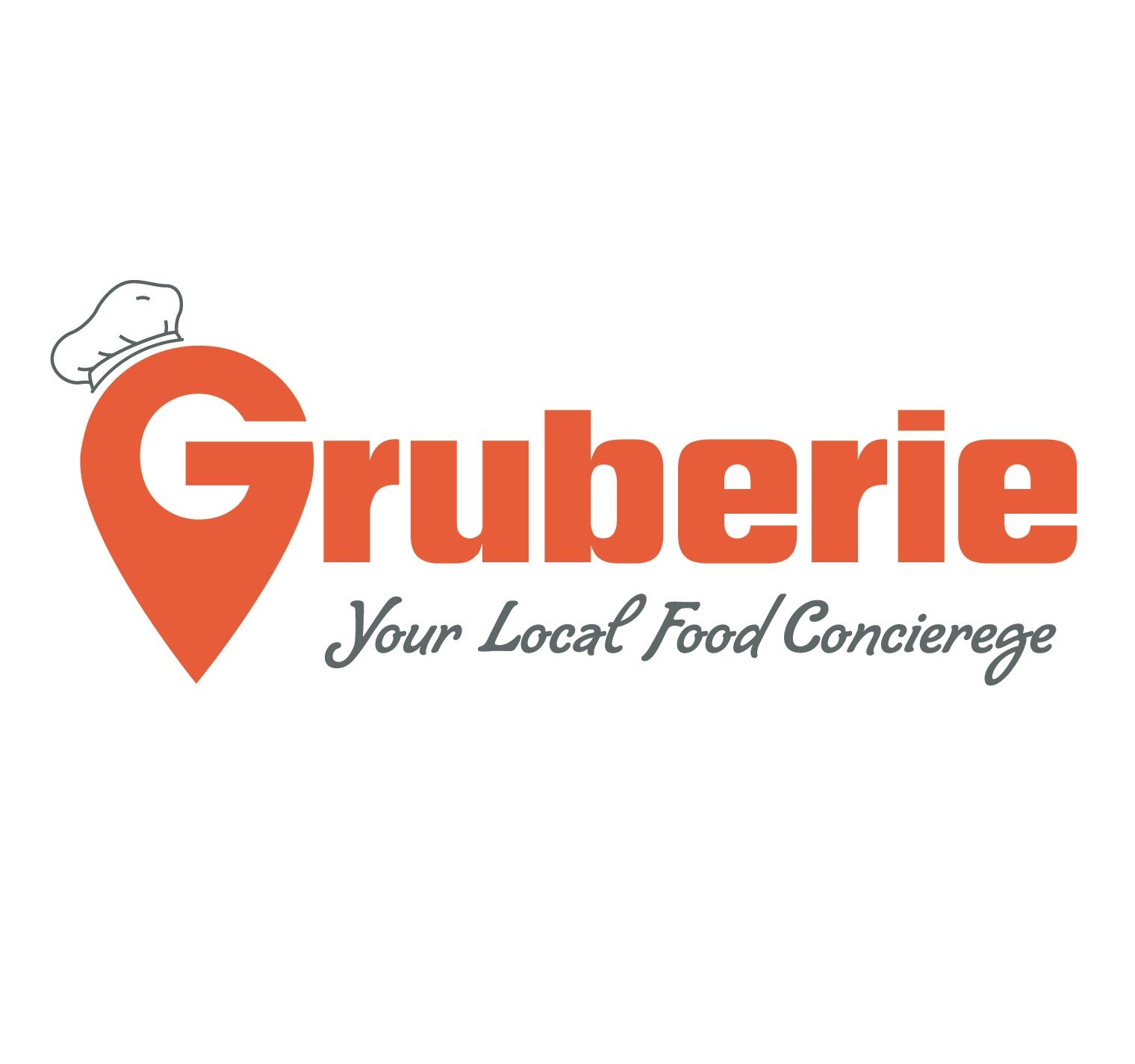 How not to launch an app - 4 Times 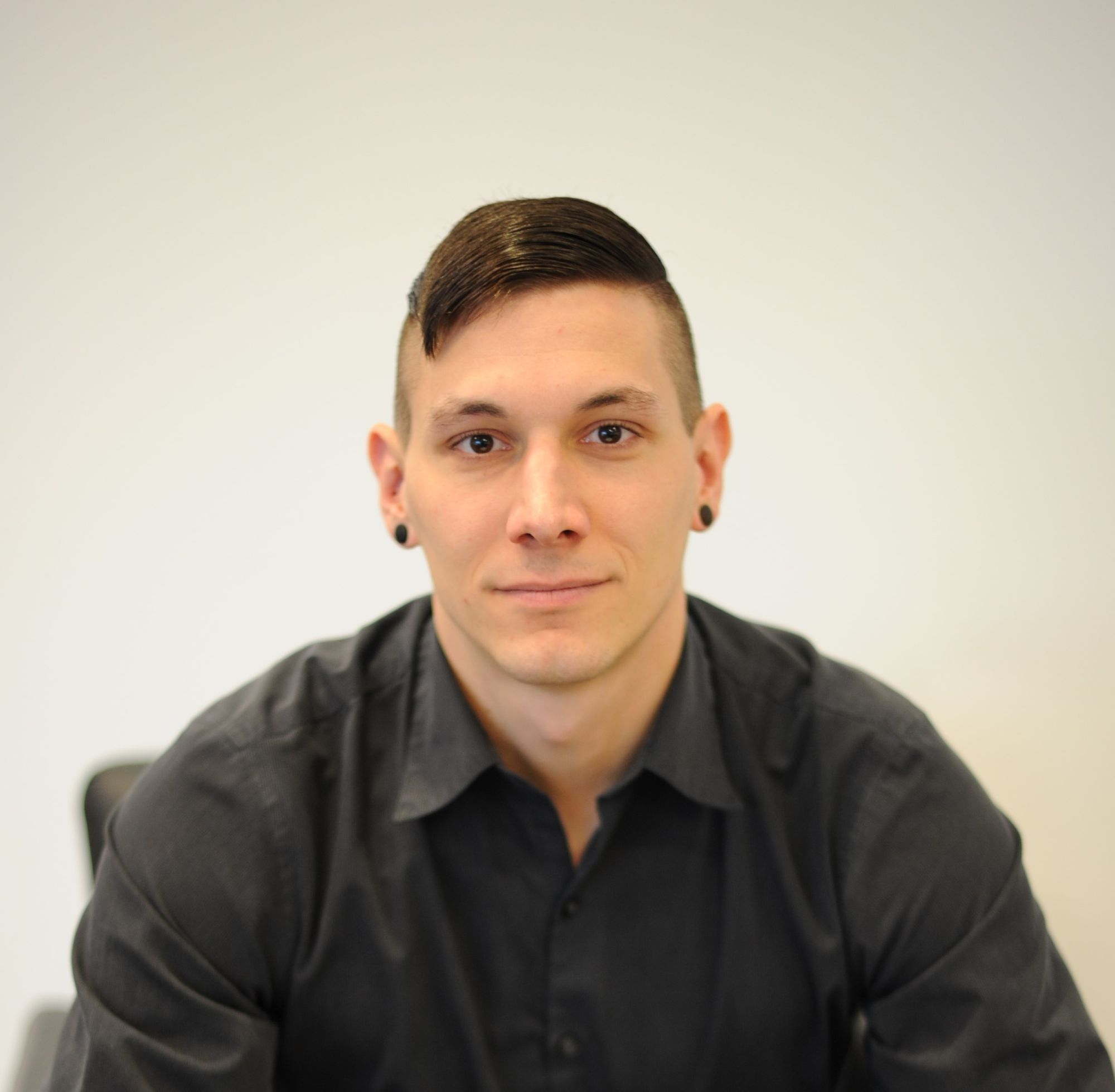 This started with the simple idea that my co-workers and myself struggled each day to decide where we would get lunch. So one of the mentioned co-workers and I set out to build an app that would give us incentives through lunch deals, and help decide where to go. We started by going restaurant to restaurant to pitch them the idea and secure deals.

We set out to find 10 restaurants to give us 3-5 different meals at a discounted rate to promote them to our users. We were targeting lunch prices between $5 - $10, and tried to give the users ~20%  discount over the menu prices. However we also needed to make money, and did not want to monetize the users themselves, therefore we needed an even bigger discount from the restaurant so that there would be a margin left for us.

We ended up partnering with 8 restaurants who gave us discounted menu items. Here are some of the shots of the dishes and restaurants.

We went out and had a photoshoot with each of the restaurants of the actual meals. The nice side effect was that, in most cases, we were given the meals to eat and take the leftovers with us. Great perks of this startup for sure. :D

We went ahead and ordered some flyers with the intent of boosting user signups.

Oh yeah, and we even made an explainer video. Hehe...

Initially, we planned to start by simply sending daily deals per email to our users. However at some point in our journey we decided that this was not enough.

We had the classical case of feature creep, and did not even know it. So we decided that it would be awesome if the entire system was based on an app which would recommend meals to users based on their taste buds. Kind of like Pandora for food. We even started talking about taste-fingerprints and food genomes.

Influenced by our backgrounds in Research and Development, we felt equipped to build a system and some algorithms which could recommend you food that you may like based on your previous behavior, similar to Netflix recommendations.

Instead of describing what we had in mind, I decided to show you a video from this stage of the business.

The coolest part of this pitch was the certificate we received, signed by the Senator.

The event also received some coverage:

At this time we still had very little. Rodrigo and I started developing the app while Arquimedes was working on the algorithm with some initial results.

However, once again we let our Engineering minds get the better of us, and simply never felt like we were ready to launch.

At this time my co-founder Arqui and his wife were expecting a baby, and he unfortunately decided to step away from the startup to focus on his family. While this was a hard blow for the company, I totally understood, and we are still great friends. Over the following weeks the team essentially went down to only myself, and the biggest lesson I learned while starting a company with friends and co-workers was that most people vastly underestimate what it takes to start a startup. You will give up your personal life almost entirely and put all your time into the company. Not many people are willing to do that.

Having always been a huge fan of hackathons and coding events, I had participated in the Techcrunch Disrupt NYC hackathon before. And once it came up again in 2015, I teamed up with a friend and we participated with no idea what we might be making.

After assessing the sponsors at the event, we came up with a Gruberie Spin-Off Idea.

We hacked away for 24h, integrated automatic table detection through bluetooth beacons, built an IOT enabled thermal printer which would be placed in the restaurant, and even went out to find a first restaurant which would partner with us to launch the concept for the next day during the pitch.

The pitch was a great success, and we ended up winning 3 of the sponsor prizes from the companies we integrated with.

After the Techcrunch pitch, I got a call from AB-InBev, one of the biggest beverage companies in the world. They invited me to their office in NYC to learn more about the mobile ordering system we built.

I remember vividly that at the time I just finished reading Pitch Anything by Oren Klaff. I loved the book at the time, and deployed just about every single concept from the book in my meeting with the AB-InBev team. After arriving in their office and giving the pitch, their team explained that they are looking for innovative ways to help their beverage sales, and that an app / startup such as mine would be a great fit.

The idea was to use my concept which was at the time primarily focused on food, and apply it to alcoholic beverages. The core of the interest was around the mobile ordering system, and how it could apply to bars, events and restaurants all over the world. Of course this idea was nowhere near primetime ready, yet they went as far as to mention that they owned hundreds of bars in South America, in which such a product could be rolled out in a snap. I felt their excitement, and knew I owned the room. I left with a very good feeling and their promise of a call in the following days with an offer.

After a few days back home, I go the call with the offer. And Man was it an exciting one. It went something like this:

This will remain one of the craziest offers I have ever received. I was in awe.

The next day, I called my attorney I was working with at the time, who advised me to negotiate. And this is where things started to go south. I was too cocky, and listened to the lawyer which I should not have. Over the course of the next week or so, the deal which started out strong, fell apart. In hindsight I believe that the biggest reason was our pushback to the offer. I did not understand how generous the offer was at the time, and that I was in NO position to negotiate.

And so it went. Over the period of roughly two weeks, my side project rose to a multi million dollar potential with the backing of a international corporation, to zero. Needless to say, I felt like a fool and utterly defeated.

Once the depression of the lost deal subsided, I picked myself up by the sleeves and started revamping the idea.

I worked with a freelance designer to design the entire app.

While I started developing the app, I was working with a fellow entrepreneur who worked in sales from NYC to try to market the mobile ordering system there, but we quickly gave up on that idea as we could simply not get to the decision makers when walking into the restaurants and bars. And the fact that the app was not yet built out did not help our cause. It was a massive application at this point, we had way over engineered and over designed this thing, and I realized that I would not be able to code this application in a reasonable amount of time myself, or afford to pay someone to do so. So after a lot of deliberation, Gruberie version 3 was also dead.

Over the next year or so, I started yet another pivot on the original idea. I thought it would be amazing to have an app that lets you search and find dishes rather than restaurants. This was inspired by the recurring situation of my girlfriend and my experience at the time. Any time we went to visit a new city for sight seeing, we often would try to find a good Bloody Mary and relax. This task is practically impossible (still). So I decided I would pivot Gruberie to be a dish specific search engine.

This time, I found a freelancer from Ukraine to work with me at a very reasonable budget, which meant the app development was in full swing. The core of the concept now hinged around menu databases. I spent a lot of time scraping the internet for restaurant menus, started integrating with the Menu API Locu (no longer active), which gave us access to thousands of restaurants nation wide and all their dishes.

Here are some more designs for the application.

The app was eventually complete and pretty functional. It had some bugs here and there, but nothing major. Yet, I did not allow myself to launch it. Looking back, I should have definitely done so asap. Knowing what I know now, I would want to gather user feedback as soon as I could, and adjust as needed.

Unfortunately shortly after the app was finished, I got busy with other ventures (the ones which actually made money). So it saddens me to say,

None of the 4 Gruberie Versions have ever seen the light of day.

I have considered launching it a few times since, but the APIs we used are no longer supported, and it would require a major rebuild.

This "startup" has dragged on for years, and I have most likely made any mistake in the book. I could write 10 more posts about what not to do, and this certainly could be a case study for bad startup execution. But you know what? I met a ton of amazing people along the way, ate some free food, had fun coding a few apps, and learned countless lessons. 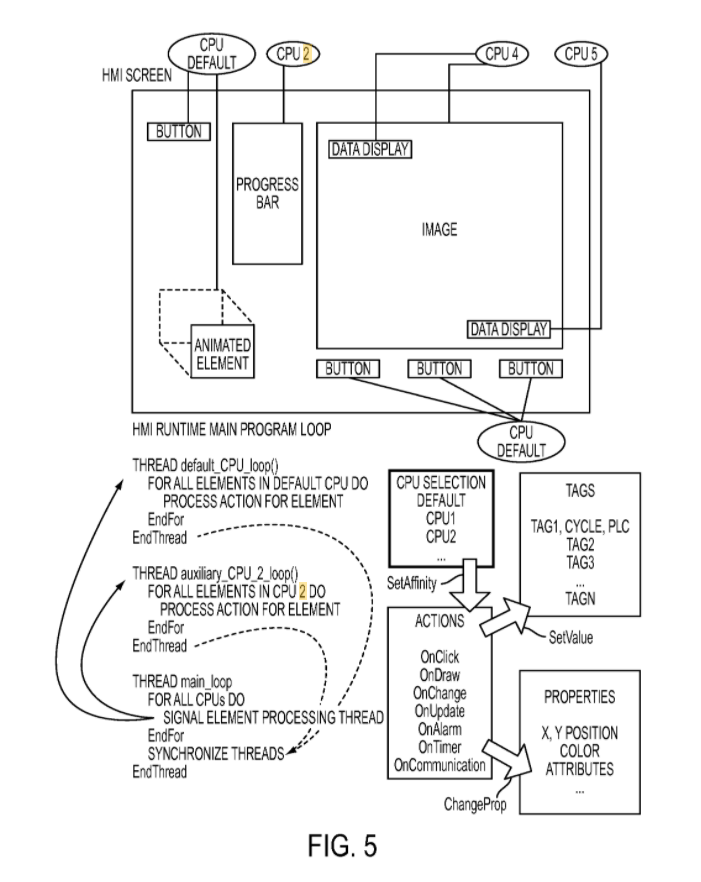 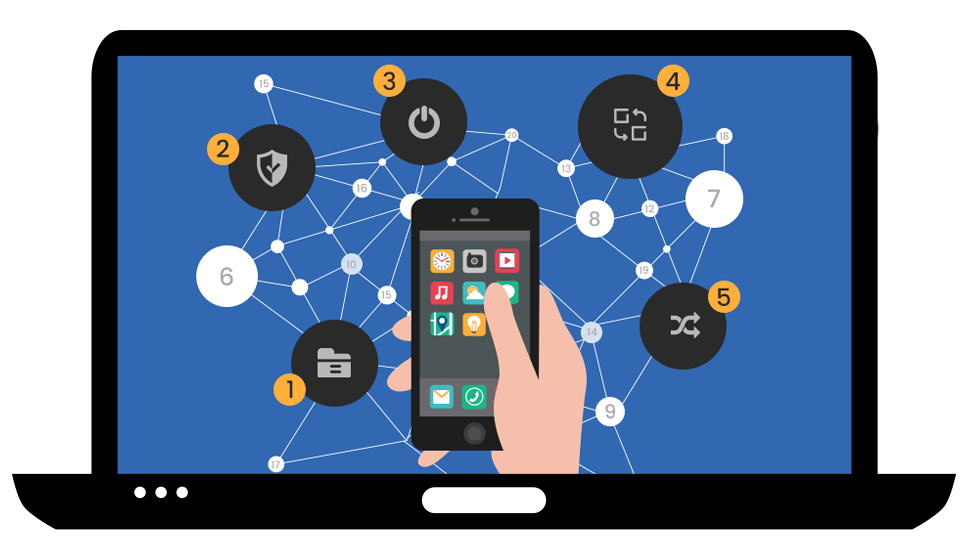 How to build Distributed Apps 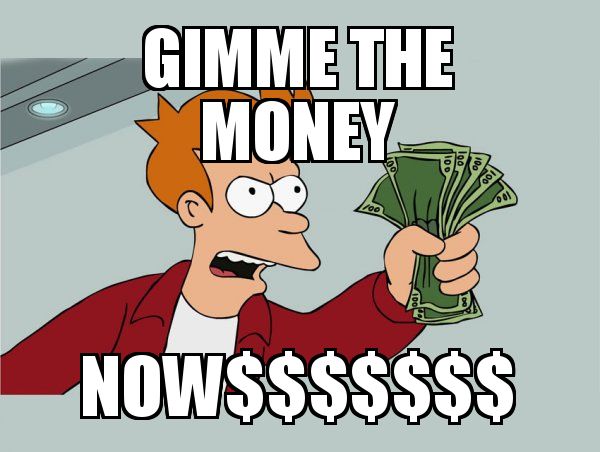 Developing something without a clear monetization strategy in mind needs to be financed as well. How can we keep ramen-profitability to build this out further? 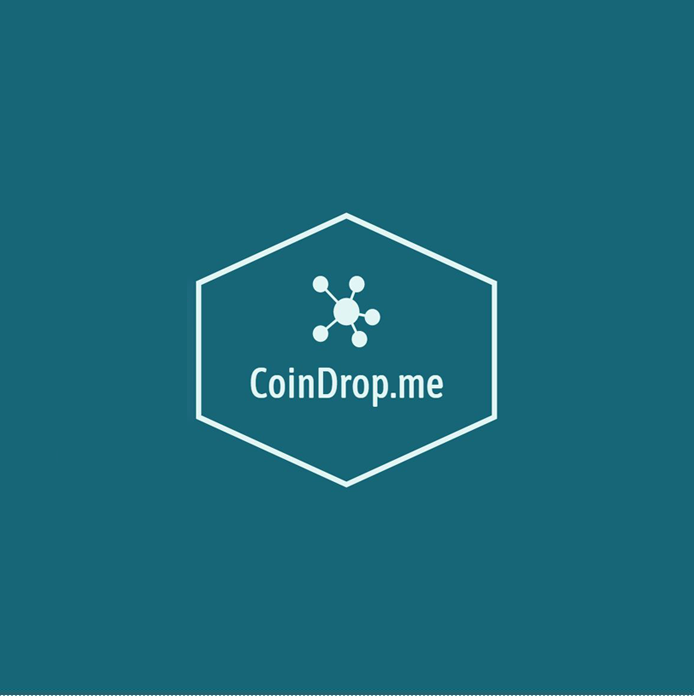 A bitcoin wallet which uses a combination of words, for example send.me.money instead of something like bc1qxy2kgdygjrsqtz452n0yrf2493p83kkfjhx0wlh. 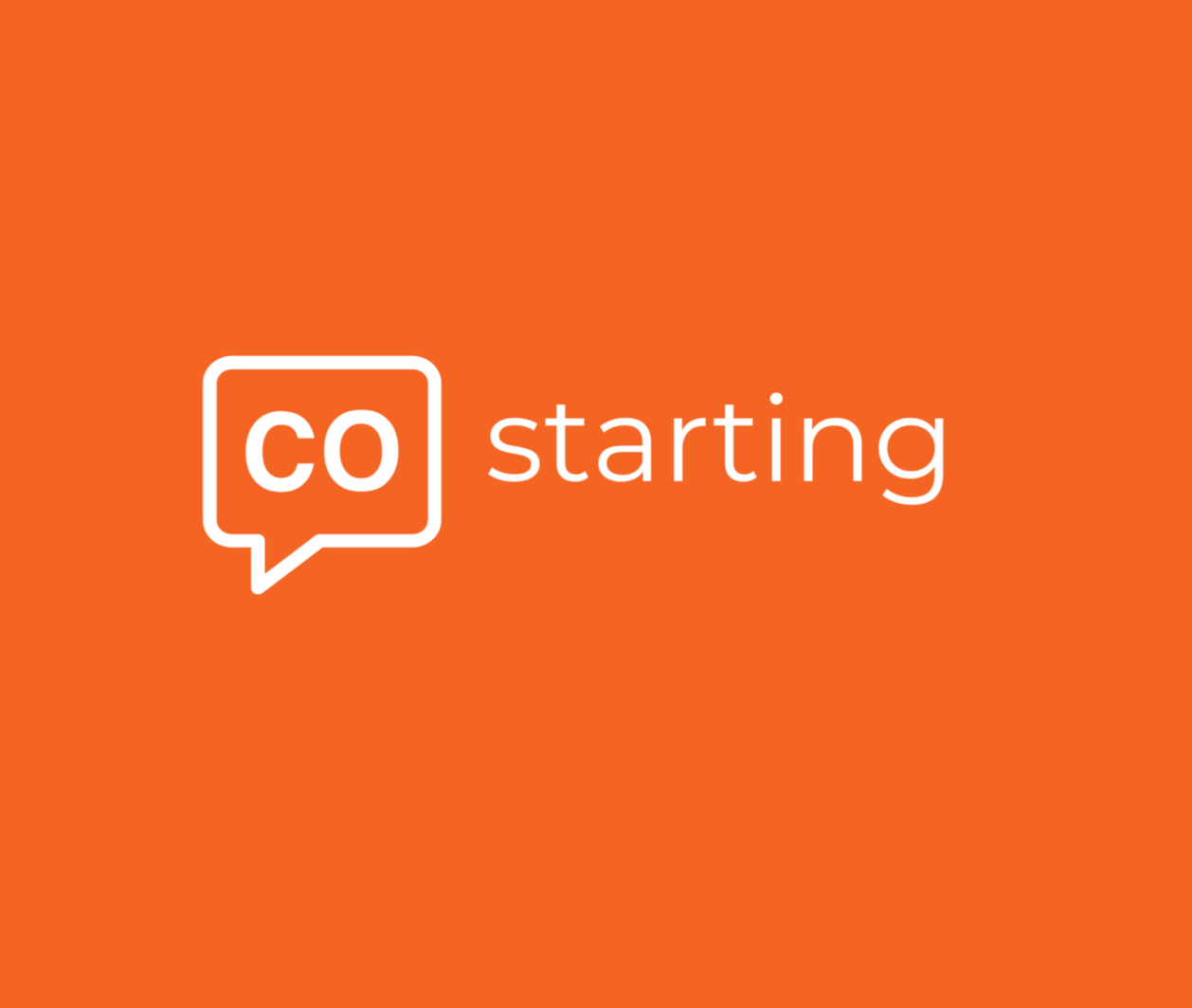 A group of people who are starting companies in a communal, collaborative and open way.